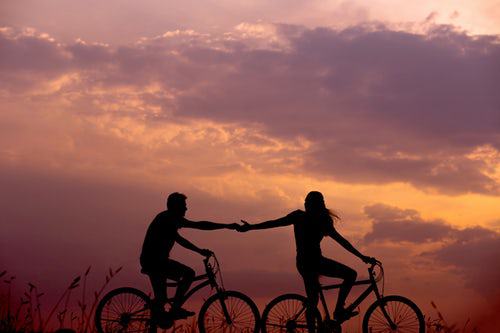 Dating The Dutch – or how to survive a Dutch lover

Tall and blond… This is what comes to mind first if you think about the Dutch. But there is much more than what meets the eye.

Dutch man and woman consider each other as equals

This means equal in all parts of life – girls don’t expect your dates to pay for you. This is called ‘going Dutch’. It’s not meant to be rude; it just means that your date sees you on his level (or they are cheap, who knows). It is advisable to get used to this. It won’t stop on your first, second or 1000st date. It will stop when you are married and have a shared account.

Still, in this they are more progressive than many other countries and in times where woman all over the world have to call for equality this is a refreshing trait. Dutch woman are strong and they are not afraid to show it!

Dutch people appreciate when you are direct and don’t stick to dusty gender stereotypes. If you are a girl, take the initiative! Dutchies are not as much bound to dating etiquette. Call when you want to call, kiss when you want to kiss! What feels right usually is.

Yes, in some countries man open doors for you or give you flowers. Not the Dutch.

On the positive side they will let you ride in the back of their bikes when you are too drunk to drive and you will feel like a princes rescued by your (tall and blond) knight in shining armor.

Dutchies are known to be very direct… And not so much for their flirting skills! Don’t be disappointed; even though they might be not as offensively flirty as in other countries, they still have their subtle ways. My boyfriend for example enjoys to softly head-butt me as a mean of showing his affection. Yes, that is as enjoyable as it sounds.

Honesty also has many advantages, next to being mean. If Dutchies tell you something – it is without the intention to hurt you and it’s true in their eyes. It depends on you how you want to cope with it.

Dutch people love it if you take your time and consideration to learn Dutch. Even just a couple of words are more than enough to positively surprise them – even if the switch back to English right away. Don’t give up and try to get to know their language and culture. Word like ‘lekker ding’ is especially helpful during flirting!

Their directness and honesty also make them dislike one thing in particular: playing games.

Don’t hide behind strategies and waste your and their time. Be true to who you are and what you want.

Dutch students live often rather long with their families or are very emotionally connected to them. It is usual for students to go back to their small home villages in the weekends and have their clothes washed and food prepared by their mothers.

Now, this is not negative by itself, but maybe experienced as weird by international students who see their parents every couple of months. This is part of the Dutch culture and if you want to be in a relationship with a Dutch person you better learn to accept it!

Dutchies appreciate naturalness! Too much make up or over the top clothing may not be viewed as attractive, even though the Dutch in general place a high value on appearing well dressed.

The greatest quality of the Dutch may be that they are very easy going and do not judge you easily. The same is true in relationships. You can be yourself and they accept you for it.

‘Doe maar normaal dan doe je al gek genoeg’. It sounds harsh and it can be meant harsh but you could also interpret it as: you are already special enough, if you are just yourself!