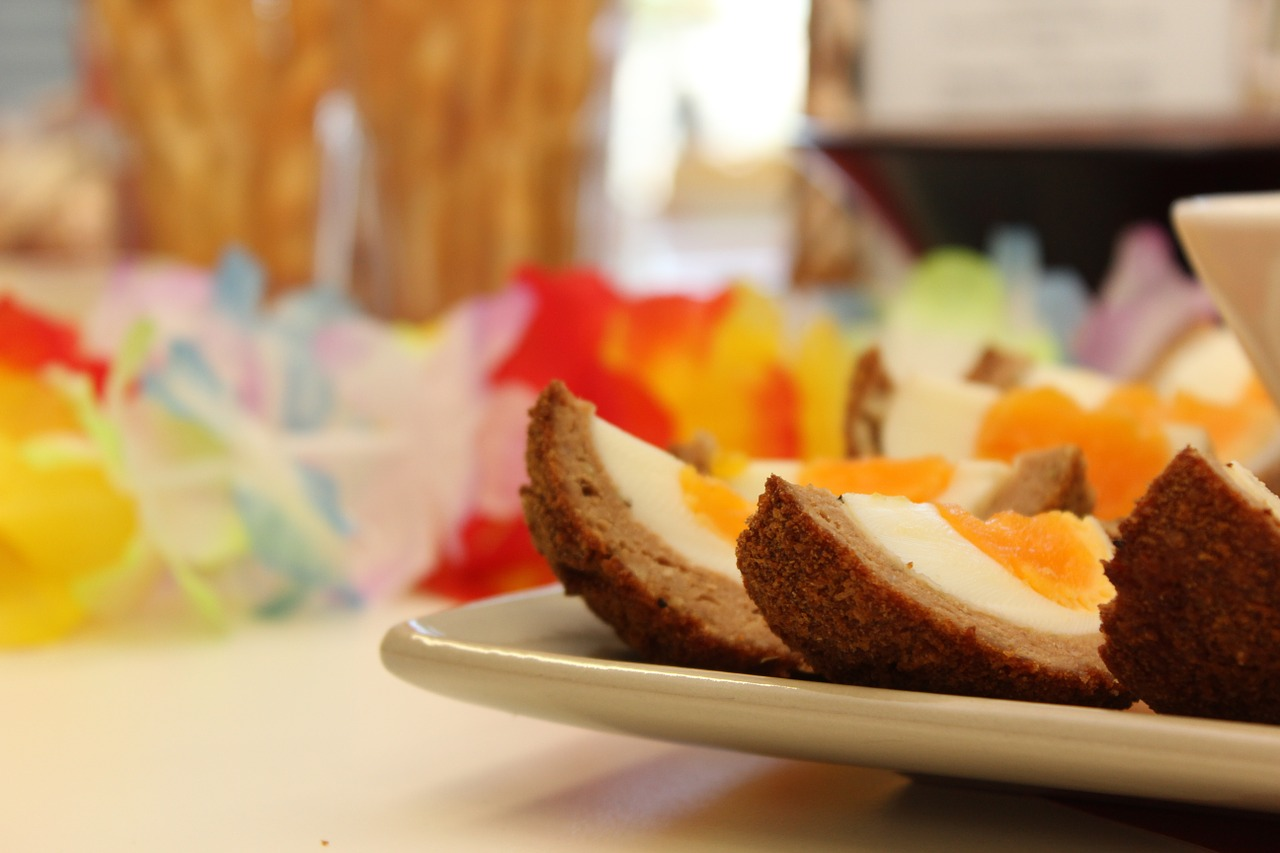 4 questions answered about the Eierbal

Frikandellen, kroketten and bitterballen: just a few examples of typical Dutch snacks. You can get them in several places in Groningen and probably remind you of something you find back home. However, there is one snack in Groningen that will probably surprise you the most: an eierbal (egg ball). It almost sounds like a joke, but this deep-fried egg is a local food tradition that’s almost only available in the Northern province of the Netherlands. What exactly is an eierbal? And where can you find the best one in Groningen? Find out in this blog post!

What is inside an eierbal?

The eierbal consists exactly of what you think it would: an egg. The core of an eierbal is an hard-boiled egg, surrounded by a layer of so-called roux. This outer layer consists of multiple ingredients such as flour and bread crumbs, but the exact combination of ingredients is usually kept as a secret by the seller. Although found at some smaller cafeterias throughout the country, the eierbal is actually a local tradition in Groningen and is eaten mostly within this particular province.

Is the eierbal a big thing in Groningen?

Where can you find the best eierbal in the Groningen?

Because we consider the eierbal as such a delicious snack, the Hanzemag started at test in 2015 where they compare different sellers of eierballen in Groningen. The best eierbal of 2017 according to this test can be found in cafeteria Koning in Groningen. And the best part about this test is: you can take part in it! For example, for the test of 2017 you could visit beer brewery Martinus in Groningen and eat several eierballen while enjoying some beers. So keep an eye on the test of 2018!

Are there variations on the eierbal?

As Groningers are so proud of the eierbal, two locals tried to create the largest eierbal in the world to get a world record. However, normal eggs from chickens are of course quite limited for such a record. Therefore, they used an ostrich egg to create an eierbal of 44 centimeters. It weighted more than 2 kilograms, but according to the visitors to the event, it still tasted great. The eierbal can also be created from other eggs. For example, in Groningen you can also found mini-eierballen, made from quail eggs.