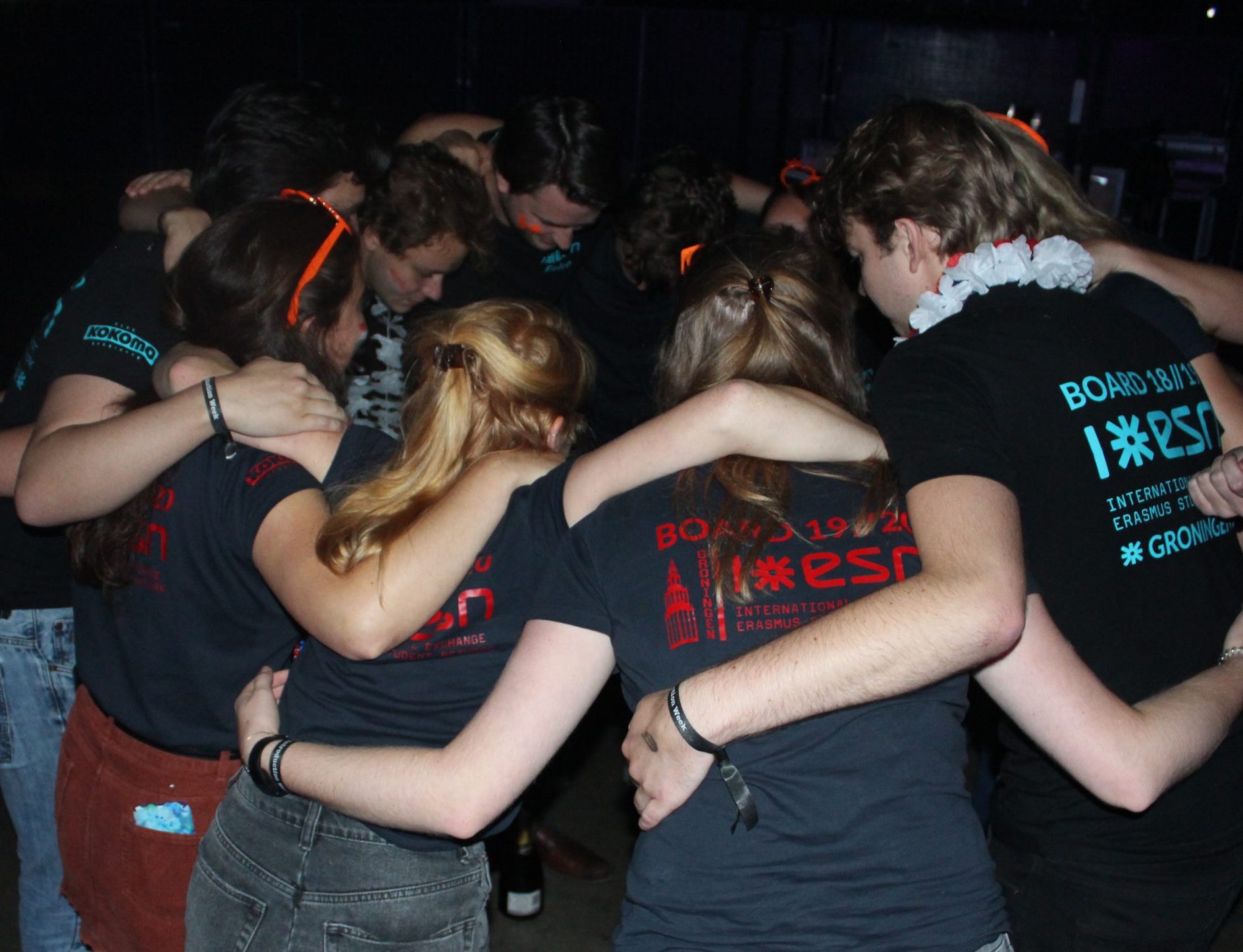 5 things that describe my ESN Board year!

A little less than a year ago, I decided that I wanted to apply for the ESN Board. I did not know what exactly I could expect, but just like a semester abroad, I was sure that it was important to be open-minded and make the most out of it. Thus far, my board year has been an amazing experience which helped me develop my personal and professional skills. In this blog, I will (try to) capture the past year as the President of ESN Groningen in five things!

Handshakes
This year has consisted of meeting all kinds of people. From international students in Groningen to UG and Hanze staff members, and from fellow boards within the network of ESN to commercial partners, I have met them all. And although shaking hands should currently be avoided, in the past months, I shook many people’s hands in our first meetings. Those formal meetings have definitely helped me develop my professional skills by learning how to conduct meetings and negotiate with others. The people in less formal meetings, on the other hand, have now become friends that I don’t need to shake hands with anymore, but usually give hugs instead. Many of these fellow students and board members, either from Groningen or from other parts of the Netherlands, are great people with which my Board and I have developed close friendships.

Red shirts
ESN Groningen organises two large introduction weeks each year to welcome newly arriving students into our beautiful city. We divide students into groups of around 15 people who will be guided through the week by two amazing Introduction Guides. These Guides are recognized by their Introduction Guide T-shirts, which were bright red in the previous edition of the Introduction Week. It is great to see so many people that are enthusiastic about ESN and Groningen’s student life together in one room. The red t-shirts bring back so many memories from the Introduction Week, so this is definitely a highlight of my board year!

Kanelbulle a.k.a. cinnamon rolls
Besides two Introduction Weeks, ESN organises 150 events each year. These events include cultural events, pub quizzes, sports events, international dinners, and many, many more. One of my personal favorites was the weekend excursion to Malmö and Copenhagen. I had been to Sweden and Denmark before, but to explore these countries with around 60 international students is a whole different experience. During a tour, we were introduced to the typical Swedish ‘’kanelbulle’’ which the Swedes eat during their ‘’fika’’, which could roughly be translated as ‘’having a good conversation with a friend or colleague over a cup of coffee and something sweet’’. I love exploring new cultures and traditions, and it was really nice to delve into the Swedish culture for a weekend together with many international students.

Microphones
The Culture committee of ESN organises one Live Music Night per semester. During this event, 40 students (that do not know each other beforehand) form bands that practice for months to perform for an audience of 300 people! The atmosphere is amazing and everyone gets caught by the musicians’ enthusiasm. This was one of the first ESN activities that I attended, and I experienced how music unites international and Dutch students. Although I am not skilled enough to sing in a microphone like the musicians at the Live Music Night, as the President of ESN Groningen, I give many speeches through microphones. By giving speeches to audiences of even 1200 people (not going to lie, this was nerve-wracking at times), I have definitely developed my speeches and presentation skills during my board year. Also, the energy a large crowd can give back to you is indescribable.

Smiles
But most importantly, my Board year at ESN Groningen can be characterized by a large number of smiles. Smiles from newly arriving students in Groningen, who were grateful for the friends they made during the Introduction Week and the activities in which they participated. Smiles from Introduction Guides, who were so excited to show new students around our amazing city. Smiles from UG and Hanze UAS staff members, who are happy with the work that ESN does in making international students feel at home in the city. All of these smiles lead to many smiles from my fellow Board members and myself when we think about all of the amazing memories that we have created during this unforgettable year!

Would you like to know what it is like to be part of the Board at ESN Groningen? Find out more on
our website or send me an e-mail to president@esn-groningen.nl!