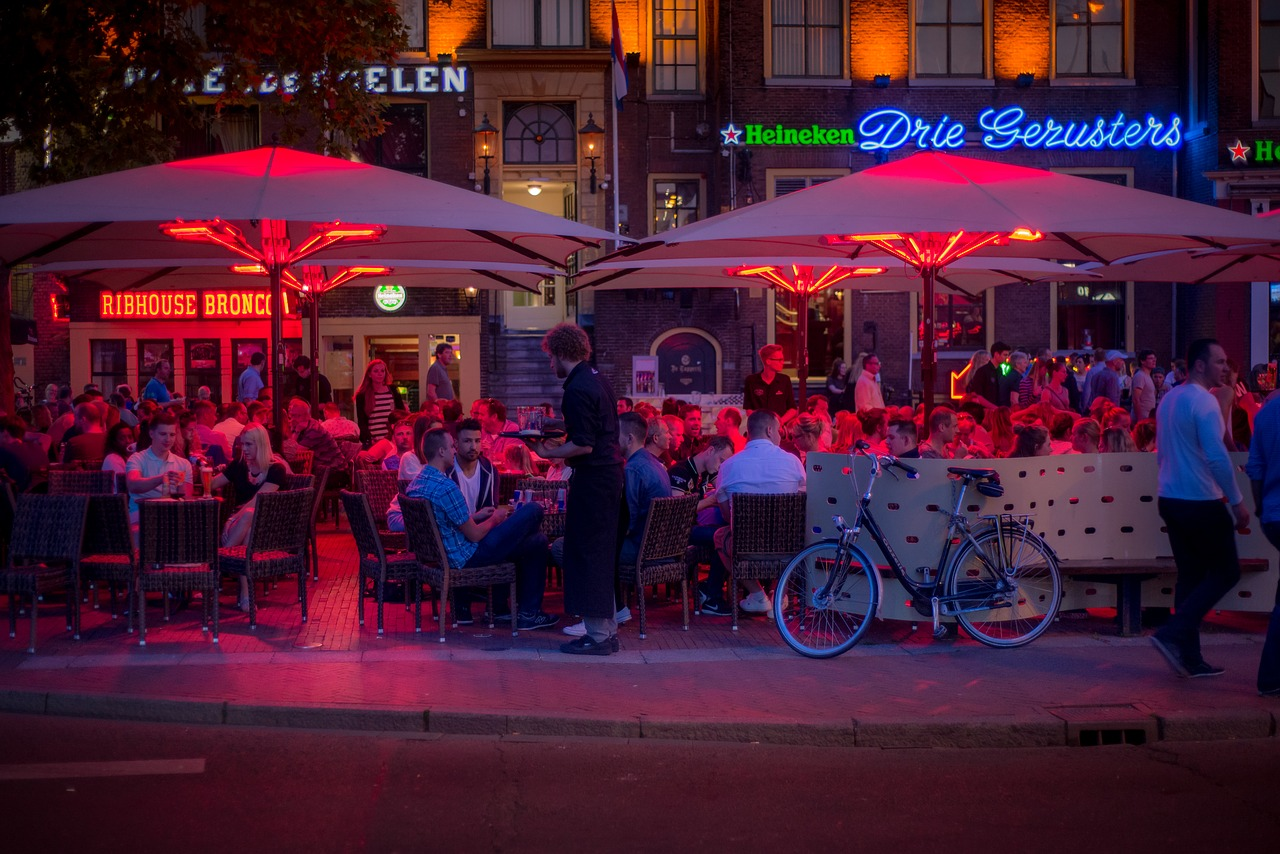 Whether you are from Europe or from a country on the other side of the world: a typical night out in Groningen probably differs a lot from a night in your hometown. From the time we start to the use of our bikes on nights out, you might have noticed a few things already during your stay here. So here are 5 typical things of a Dutch night out.

Dutch people are very keen on drinking at someone’s place and then heading to the city later that night. And these drinks always take longer than expected, so when everyone’s is ready to head to the city, it’s probably already quite a while after midnight. We even think most places here in Groningen only get busy when bars in for example North America are already closed. Therefore, if you arrive at 23:00 at your favourite club in the city, you’re probably the only few ones there for at least a good hour or two..

The “Poelestraat” en “Peperstraat” are covered with small bars, pubs and clubs. Most of them don’t ask for a cover charge, so it’s very easy to go from the one place to the other. You might be used to staying at the same place all night, but hopping bars is something most Dutch students do. They go to “De Negende Cirkel” for some Dutch songs for a little bit, then to “Golden Fust” for some more pop, and finish partying in the “Shooters”. It’s actually perfect when you just arrive in Groningen, because it gives you a perfect view of what party life in Groningen has to offer you.

Dutch students will mostly order beer and sometimes wine, but there are some shots with the strangest names that are getting ordered every now and then. So here are some words to add to your Dutch vocabulary. What do you think of a straaljager (jet-fighter), which is a mix of jenever and bitter lemon. Or sneeuwwitje (Snowwhite), where they mix beer with seven-up. And the strangest of them all might be the Paardenkut (literally translated as horse vagina), which is a mix of Apfelkorn and sparkling water. And no, we also don’t know why it’s called like that.

Maybe you aren’t used to cycling in your home country and are you already struggling on your bike on a normal day in Groningen. It would probably not even cross your mind to take your bike on a night out, but it’s very common amongst Dutch students. And that also means that you will have to cycle home after night out. Sounds like a recipe for disaster, but luckily if often goes surprisingly well.

5. Ending the night with food

We are already going out quite late, and then when you think it’s finally time to go home, there is still one thing left to do: eat. Usually this consists of two options: getting something at the döner place, or something from the cafeteria. For example, the FEBO has these so-called “walls” where you can just get your snack from the wall by inserting coins (and even contactless payment in some places). Add some fries to this and then you’re finally ready to head home!