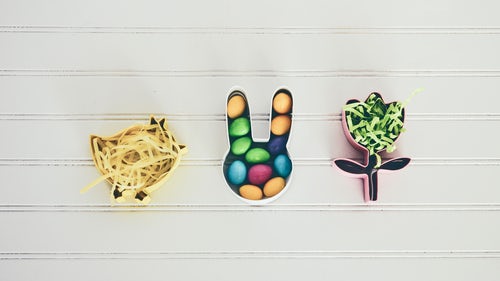 Easter around the world

Happy Easter! Whether you celebrate or just enjoy the chocolate eggs and nice weather, Easter is one of the nicest times of the year. Sun finally came to Groningen and the city is overcrowded with flowers and happy faces. Since I did the Christmas edition, I thought it would only be appropriate to address the differences in how Easter is seen and celebrated around the world, as cultural differences are big which makes holidays special. In the Netherlands, Easter is celebrated in a typical western manner with big bonfires at the end of the day. Today we will be traveling outside Netherlands, visiting Australia, Brazil, Italy, Greece, Israel, Poland and Sweden.

This religious holiday marks the beginning of the autumn in Australia. The whole Australia is thus colored in autumn colors unlike here where flowers are bursting in reds, yellows and pinks. People belonging to different countries have brought different traditions with them so Easter is celebrated in a variety of ways. Churches are decorated with flowers and hymns are sung on Easter Sunday. Sweets and hot fruit and chocolate buns are prepared with a cross on the top. Children exchange Easter eggs which are mostly made with chocolates or sugar while some of them even have little toys inside. Some chocolate eggs are also shaped resembling mischievous looking rabbits. Bilby, a native animal, is the Easter symbol in Australia, instead of the traditional bunny. To show support for this endangered animal, chocolate manufacturers make Easter bilbies and share their profits to help protect them from extinction. Australia’s largest annual event which truly reflects the rich heritage of Australia, The Sydney Easter Show, is organized in Sydney Olympic Park and the celebration is held across two weeks.

Easter is a very important Christian festival in Brazil as the largest Catholic country. Easter not only commemorates the resurrection of Christ, it also marks the end of the Lent season and the beginning of festive time. In Brazil, Easter festivity is held in autumn. They begin with the Holy Week rituals, which involve palm branches being woven to form crosses, banners or letters. Gala carnivals are held to honor the resurrection of Jesus. Rio Carnival in Rio de Janeiro, precedes Easter is one of the most known Brazilian festivals. In old towns, fiestas are held. The most popular fiestas are ‘Sambodromo’ and the ‘Humanity Festival’. While the former is a 700-meter long parade strip, visited by a large number of both locals and tourists, the latter is a religious festival of the Holy Spirit. Apart from the major carnivals, ‘blocos’ or ‘bandas’ are small groups of people who stroll down the streets singing and dancing. The village of Fazenda stages Biblical passion play, an event dating back to 1950. Worshiping nature is one of the major aspects of Easter in Brazil. People bring macela flower,which blooms only during the Lent season and is used as medicine, to the church, seeking the blessing of the priest. ‘Pacoca’ is a special food prepared in every Brazilian household as well as clipfish, chocolate Easter eggs and Easter ring cake while meat is a big no. The unusual practice is also burning handmade dolls of Judas on streets.

Sunny Italy is blooming while spring decorates the nature from the Alps in north to the sea in south and brings Easter, one more excuse for Italians to indulge in their incredible cuisine, this time filled with fresh Italian produce. The proverb ‘Natale con i tuoi, Pasqua con chi vuoi’ meaning ‘Christmas with your relatives, Easter with whomever you want’, perfectly suits the festive spirit of Easter in Italy. Family celebrates the event by making ‘Frittata’, a dish similar to an omelet. Agnellino, the roasted baby lamb, is considered the most important dish, while the other must-haves are, of course, eggs, found in soups, such as Brodetto Pasquale (a broth-based soup thickened with eggs) and variations of breads, such as Pannetone and Colomba, usually shaped as a dove. Rome, as headquarters of Christianity, is where a procession is preceded by the Pope on Good Friday. Florence is known for the performance called ‘scoppio del carro’ (‘explosion of the cart’) where a fanciful cart, led by white oxen, is driven to the Easter Mass and firecrackers and dove-shaped rockets are set off. On Good Friday, there is a tradition of exchanging olive branches to represent health and happiness.

Easter is the most important religious holiday in Greece, maybe even bigger than Christmas. Greece celebrates Orthodox Easter and it’s traditions vary from other European countries. Easter Sunday is known as ‘Megali Evdomada’ (the Big Week). ‘Megali Paraskevi’, also known as Good Friday, is when most people go to the church where the icon of Christ is moved from the cross, wrapped in linen and placed in a great casket to symbolize the tomb decorated with flowers. It is then taken through the streets. Another tradition in Greece involves lighting a candle at the cemetery, to honor the dead. On Holy Saturday, the Orthodox Patriarch breaks the seal of the door of Christ’s tomb, in the Church of the Holy Sepulcher (Jerusalem), and emerges with the Holy Fire. This flame is carried to Athens and to the small church of Agia Anargyroi. It is distributed to churches all over Greece. At midnight of Holy Saturday, the priests turns off all the lights in the church, signifying the darkness and silence of the tomb. They light a candle from the Eternal Flame and sing ‘Christos Anesti’ (Christ is risen). The people present in the church pass the flame between themselves while the bells ring and fulfill the spiritual experience. Easter brings along conventional rituals such as cleaning the exterior of the house, dying the eggs in red, buying new shoes and clothes. Personalized candles are a gift commonly given to kids. The eggs are decorated in red to signify the blood of Christ. These eggs are then used for making Easter breads, which are gifted to friends and family. The cracking of the eggs is symbolic as Jesus breaking out of the tomb. On the island of Corfu, Holy Saturday is a ‘Pot Throwing’ day when people throw pots and pans which represents spring and new crops.

In Jerusalem, the ancient church of the Holy Sepulcher is decorated and prepared for Easter celebrations. The priests and monks wear white robes and hold the liturgy, while the incense are put above the tomb where it is believed Jesus was buried and rose from the dead. People gather in groups and travel to Golgotha to mark the route of Jesus Christ’s journey. This route is known as the ‘Twelve Stations’ of the Cross. Many tourists and worshipers from across the world participate in these processions, as it is considered to be a holy practice. The final destination is the tomb. On Easter Sunday, at one o’clock, the priest enters the tomb and doors are shut after him. All of the lights turn off and when the church bells rings, the priest comes out with a blazing torch. People light their candles from this holy fire. Shops and stores in and around Israel are brightly lit and displayed with Easter eggs, bunnies and cakes. The major traditional delicacies prepared in Israel include charoset, matzah balls, kosher, matzah brei and chocolate cakes. Easter is devoted towards Jesus Christ’s sacrifice for the freedom of mankind from sin and eternal death and has more religious significance rather than feasting and celebrations.

Poland has very similar traditions to other Slavic countries. Eggs(pisanki) are decorated with paint or boiled onion skins which release a beautiful burgundy color. Polish people definitely don’t lack on food as tables are usually filled with eggs, flowers, an “Easter lamb” made of cake or sugar, and meals such as sausages, horseradish soup and bacon. Polish Easter cakes include a tall, round sweet yeast cake with a hole in the middle (babka), a mazurek – cake with a fat layer of icing with dried fruit or nuts and seeds, or a cheesecake – sernik. The Easter basket tradition on Holy Saturday entails baskets lined with a white linen or lace napkin and decorated with sprigs of boxwood (bukszpan),  filled with foods such as pisanki(decorated eggs), sausage or ham, salt and pepper, bread, cake and an Easter Lamb, being brought to church to be blessed. The first sign of approaching Easter in Poland is a lot branches and dried flowers brought to church. One week before Easter, Palm Sunday (niedziela palmowa) takes place. The day marks the entrance of Jesus in Jerusalem. Instead of palm branches which are rare, willows decorated with ribbons or ‘palms’ made of colourful woven dried branches are used. The last festive day is Easter Monday, known as Śmigus-Dyngus (Wet Monday), on which tradition requires boys to throw water over girls and spank them with willow branches as a sign of fertility and health.

In Sweden, Easter season is one big festive period. Children dress up in long skirts, colorful headscarves and painted red cheeks resembling Easter witches and visit houses in the neighborhood, exchange paintings and drawings hoping for sweets in return. The tradition closely resembles Halloween. Swedish houses are decorated with tapestries and daffodils. Feathers and small decorations are placed on twigs in vases and pots. Small branches of willow are a common sight. The birch twigs remind the people of the suffering of Jesus Christ. On the morning of Good Friday, the Swedish people hit each other with silver birch twigs. Palm Sundays are days of processions when people place branches of small willows before the images of Christ. They worship Christ’s entering in Jerusalem. Firework displays and Bonfires are the major attraction across the country. There are some Easter superstitions that remain a part of the modern Swedish society as Swedes believe that the witches and their black magic are active during the week preceding Easter, that they fly off on brooms on Maundy Thursday to harmonize with the devil and return the following Sunday. Just like in most European countries, the Easter brunch is not complete without a spring lamb, and Swedish delicacies, stuffed herring and Laxpudding (salmon gratin).

Hopefully, this gave a good insight in both similarities and differences in cultures around Easter time. Religious or not, the significance of Easter is big, it is a way to gather the family and enjoy spring and its burst of colors with some delicious food.