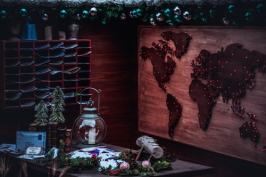 How is Christmas celebrated around the world?

It’s that most beautiful time of the year! Lights are on around town, exams are over for now, the weather is cold and crisp and holidays are just around the corner. The majority of people around the world celebrate Christmas, a Christian holiday on the 25th of December (Catholic) and 7th of January (Orthodox). And although the aim of the holiday is the same – to get the family and friends together, the traditions vary from country to country and even more so between continents. So today we are gonna take a look into different cultures and how they spend one of the nicest holidays in a year. 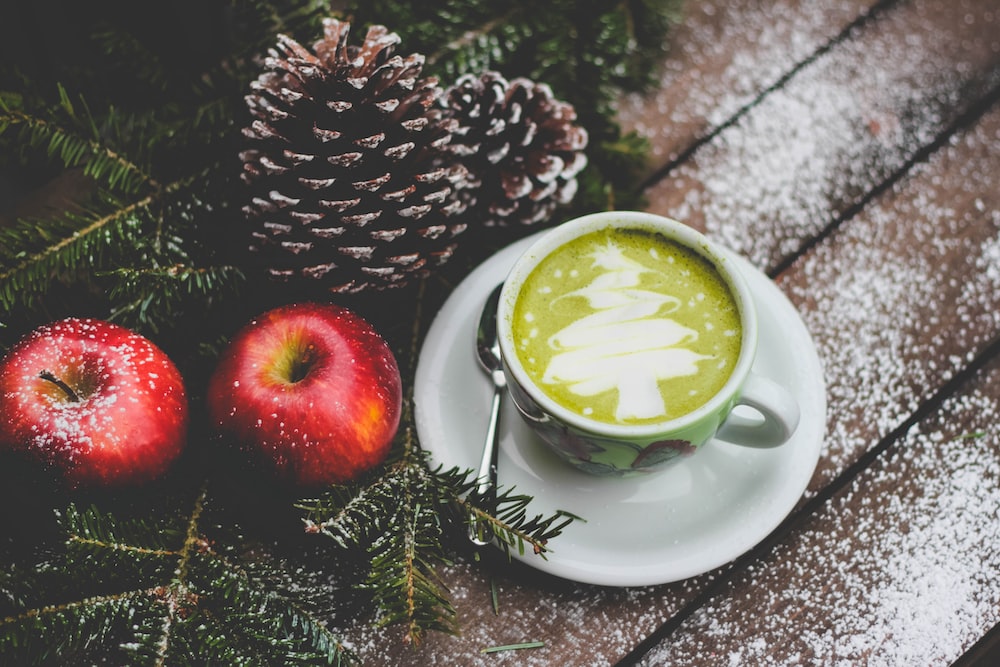 Christmas in summer and without snow? Yeah, Australians are those weird people that celebrate Christmas on the beach with barbecue and christmas crackers, whilst singing the carols and getting a tan. They decorate their houses with an Australian tree, with cream flowers that turn bright red just before Christmas, called Christmas Bush. What’s more unusual is that you won’t see Santa Claus in his traditional outfit but in something suitable for summer period. And instead of reindeers, there would be kangaroos! It cannot go more Aussie than that. 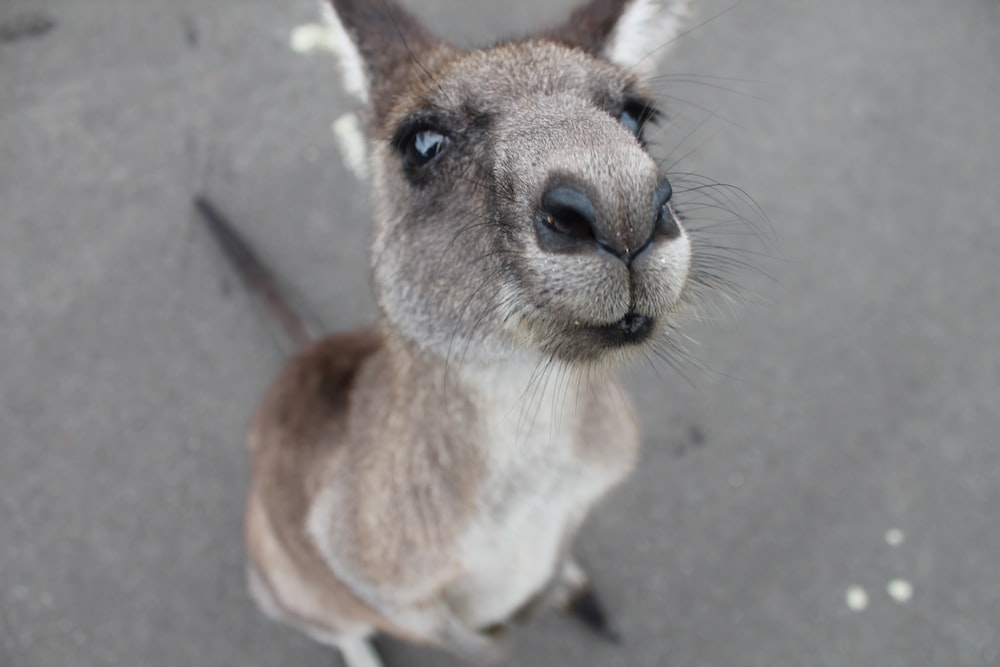 In Japan, people mostly don’t celebrate Christmas out of religious reasons but more so because of the modern day custom that slowly sneaked in their culture as well. One more reason to exchange presents, why not! Christmas Eve is seen as a romantic day, very similar to Valentine’s Day, when couples get together for a romantic dinner or a walk around town which tends to be very busy on those nights. On Christmas, KFC became the most famous food chain in Japan with a campaign Kentucky for Christmas. An oddly famous Christmas carol sung in Japan is Beethoven’s ninth symphony and the Ode of Joy. It was first sung by German prisoners in World War I and has been a tradition even since. Moreover, their special Christmas cake is a sponge cake decorated with flowers and a figure of Santa. 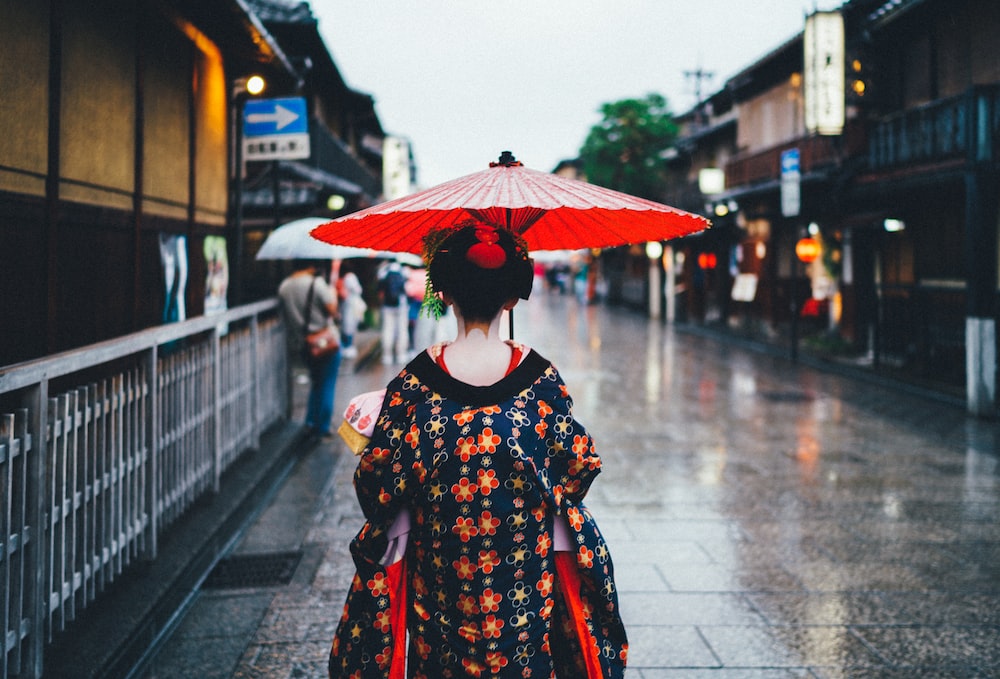 In Mexico there is a tradition to celebrate nine Posadas from 16th until 25th of December. Posadas represent the part of a Christmas story when Mary and Joseph looked for a place to stay. Accordingly, children go from a house to a house, sing carols and play games. At the last night of Posada (Christmas Eve), figures which represent the night of Christ’s birth are placed on a board and families go to a midnight Church service (Misa de Gallo) . A very famous game typical for Posadas is pinata, filled with candy, often made in a shape of a star with 7 spikes which present 7 deadly sins. Instead of Christmas trees, in Mexico, families often decorate their houses with figures from the Bible and the nativity scene (nacimiento) , mainly Mary, Joseph, the Shepherds, the three Kings and baby Jesus as well as some random figures like flamingos. A special cake eaten for Christmas is ‘Rosca de Reyes’ (Three Kings Cake) on Epiphany with a figure of baby Jesus hidden inside it. Whoever gets the figure is seen as a ‘godparent’ of Jesus for the year ahead. Poinsettia is a special Christmas flower which people in Mexico use to decorate their houses with. 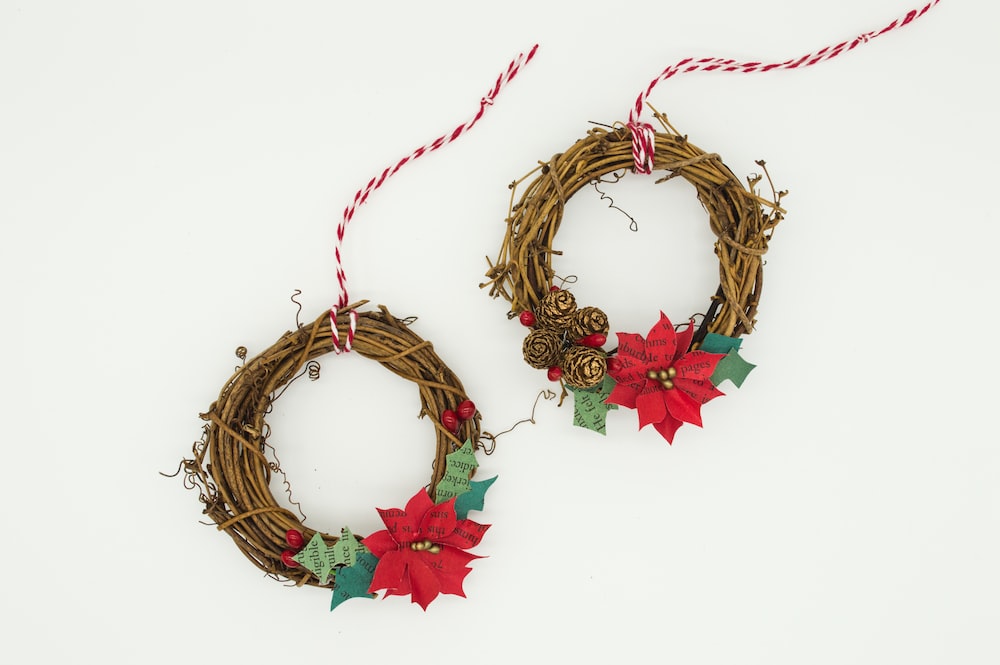 In African countries where Christmas is celebrated, it is more of a religious holiday than a commercial one. Gifts are thus very rare, but the whole celebration is more about the family. On Christmas Eve churches have big musical events and choirs followed by nativity plays. On the day of Christmas, families tend to enjoy special meals with chicken and turkey which is known to be very expensive and is thus a holiday food. The traditions are very similar in other surrounding countries as well. 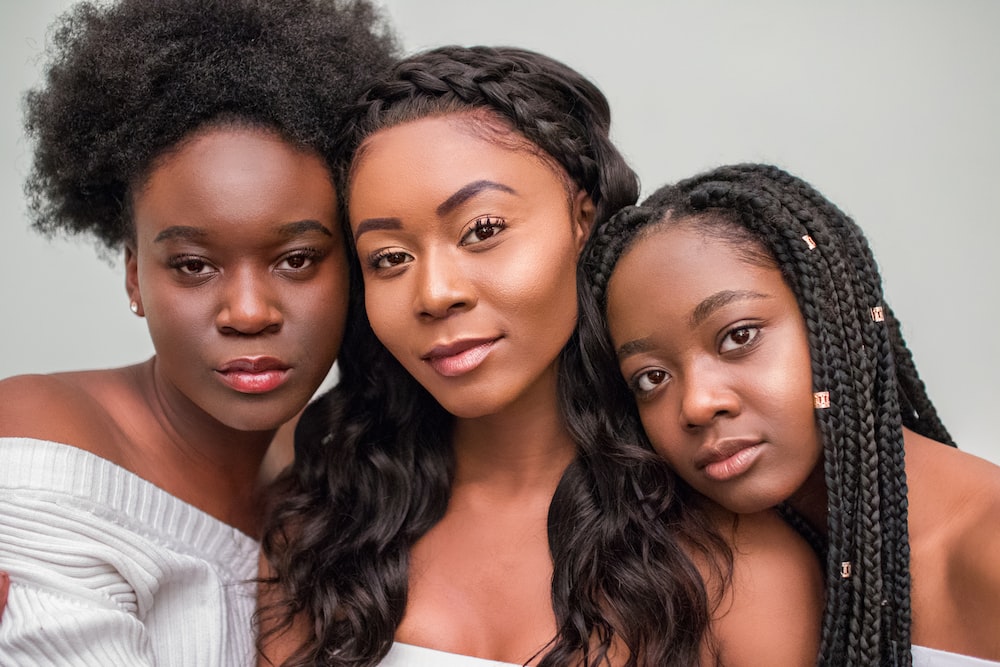 A very small country in Europe with a strong tradition. Unlike most European countries, Serbia together with Greece, Russia, Ethiopia and Egypt celebrates Orthodox(or Coptic) Christmas on 7th of January. The fasting period lasts for six weeks during which people who opt for it do not eat meat or any animal products except fish. During Christmas Eve, sometimes people don’t eat anything until the evening in respect of waiting for Jesus to be born. On the same day, in the evenings, branches of young oak tree (Badnjak) are burnt in big bonfires outside churches followed by a midnight service. On Christmas morning the first person, usually a male, to enter the house is to bring good luck and strong household. The traditional bread is made with a coin inside it and whoever gets it in his piece is presumed to be very lucky that year. The day is followed by typical Balkan food and small gifts. It is also presumed that children should study on that day therefore they would get good grades. A typical saying is ‘A Christ is born’ with a reply ‘Truly Born’. 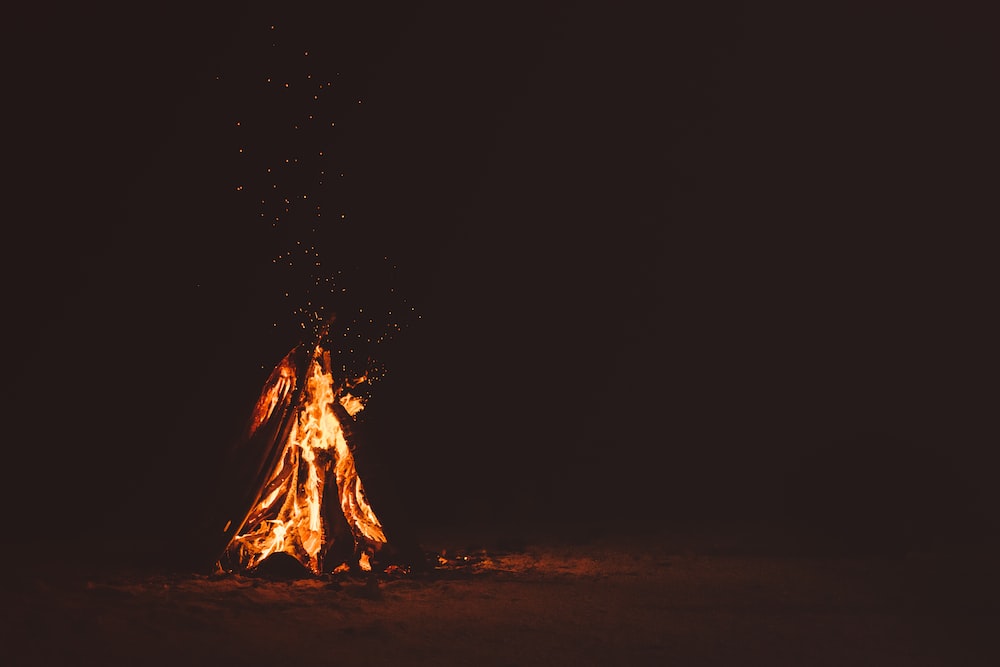 Of course I had to include the Netherlands, but it has a very interesting holiday culture as well which we will be able to experience whilst studying here in Groningen! The most important day for Dutchies is 5th of December or the Sinterklass (St.Nicholas). Sinterklass starts his journey around November, starting from Spain where he is originally from, visiting different cities through the Netherlands with his servants, Black Peters. He comes on a horse and brings presents. Another tradition following the holiday is writing poems and giving out letter sweets, in a shape of the initials of the person to whom the gift is being given. Another delicious thing are kruidnoten, small crunchy biscuits made with cinnamon and sugar. The Christmas Day itself is very family orientated as most of the parties and gifts are exchanged during Sinterklass. 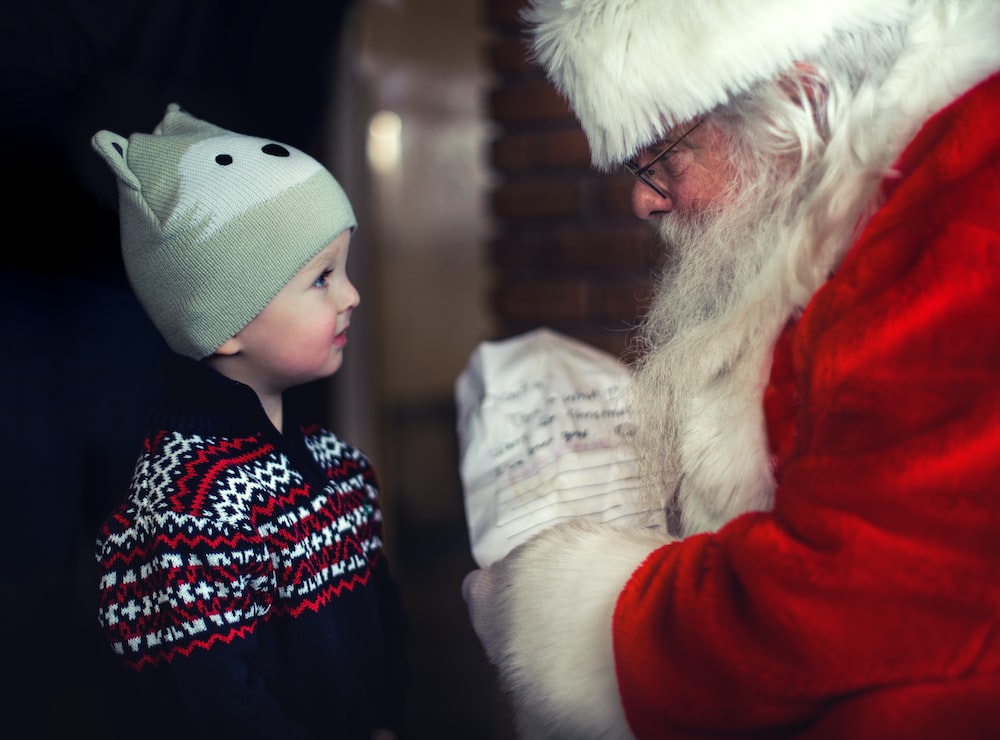 I hope this gave a good insight into different cultures and that you learned something new and interesting about these countries. Whether it is during summer or cold winter, with family or friends, Christmas spreads the same message and is the best time for everyone to get together and enjoy the last days of the year.