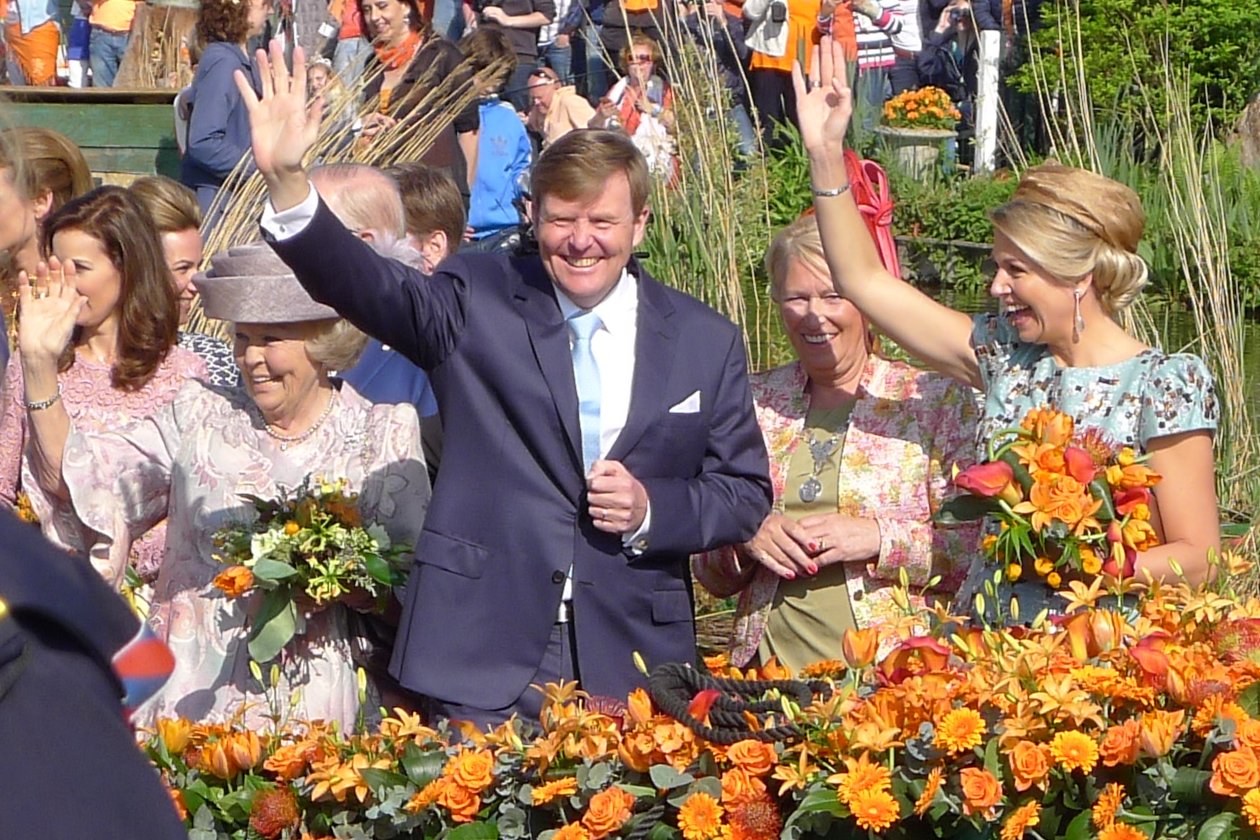 How to celebrate Kingsday 2018 in Groningen

The 27th of April is a special day in the Netherlands. It’s KINGSDAY! There’s no Dutch inhabitant that will stay home during this day. We all dress up with something orange (like a scarf or a shirt) and go outside to celebrate the birthday of our King: Willem-Alexander. Definitely, the best birthday party someone can get.

Kingsday 2018 will be even more special  because the King will celebrate his birthday in the most beautiful city of the Netherlands: Groningen. No better opportunity for you to meet our lovely King.  Of course the city of Groningen wants to show their best side. That means that a lot of activities will be take place that are not only open for the King and our Queen, but also for you. Now you might wonder, where can I get a glimpse of this Royal Couple?

The Dutch already start to celebrate the King’s birthday the night before. Organize some pre-drinks with oranjebitter and visit the city centre. The main stage of King’s Night is on the Vismarkt. From 7 p.m. until 1 a.m. various DJs and artists will perform. The night will end with a performance of Di-Rect, a popular Dutch band (who sings in English).

From 9 p.m. until 1 a.m. the Poeleplein will transform into a dance party: ‘the King’s Dance Square’. Also, the places around de Uurwerker and Dille & Kamille will become a party area. Would you rather party in an inside area? Go to the Oosterpoost from 10 p.m. until 5 a.m. for a performance of the drum & bass heroes Noisa.

During the day, the Noorderplantsoen and Westerhaven will transform into a big flea market. The Dutch collected a lot of items throughout the year that they will sell during this day. From clothes to kitchen stuff. The selling will mostly be done by children, who are surprisingly good enough negotiators. Both flea markets start at 9 a.m. and will end at 5 p.m.

The University of Groningen actively participates in organizing activities to give the King an idea of what’s going on in this student city. Their biggest activity is ‘ Knowledge is King’. In the Harmonie Square you can participate in several activities and experiments. So if you want to know what sugar is, how your tongue moves when you are speaking or if you want to know more about languages just step by from 2 p.m. until 6 p.m.

You didn’t have enough party on the Vismarkt? Luckily the party won’t stop. From 1 p.m. until 11 p.m. the Vismarkt will still be the main party and singing area. The party also continues during the day on the Poeleplein and will be expanded to the Zuiderdiep.

Do you want to take the partying to a higher level? Cycle to the Stadspark where a lot of popular artists will entertain the crowd on the big Kingsland Dance Festival.

After all this partying you will be probably craving for food. Luckily the city hosts a food festival on the Vishoekplein (close to Hoge der A). On the Ubbo Emmiussingel you can taste healthy bites and drinks. Here you can even participate in games that will be related to health.

And hey! Don’t forget to take out your orange outfit/accessories!